The St. Mary Roman Catholic Primary School celebrated its graduates yesterday as they embarked on a new educational journey. The 69 students graduating proud parents accompanied them and shared in the grand moment yesterday.

It was a lovely ceremony under the theme “Teach Me Lord, The way of your decrees that I may follow them to the end.” Graduate 11 years old Marchado Joseph played a beautiful keyboard rendition of the national anthem, while the graduating class sang “Mary Most Holy”. 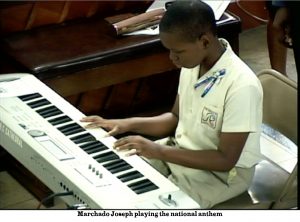 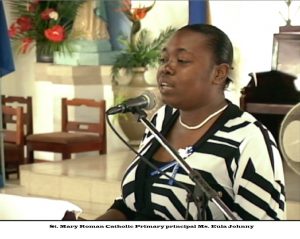 The smiling valedictorian of the 2016 class Wilson said he thoroughly enjoyed his time at the school. He expressed his thanks to those persons who were instrumental in making his achievements possible. He especially thanked his mother and God. 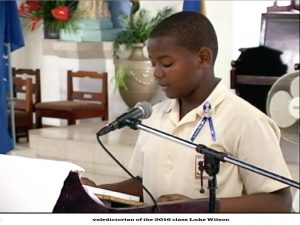 In his parting remarks, Wilson left strong advice with his Fellow graduates, telling them “Never believe there isn’t anything you cannot do, if you work hard you can achieve anything.”

Mr. Taj Lee, an accountant at the Government Employees Co-operative Credit Union, who gave the keynote address, congratulated the graduates on their achievements, suggesting to them, that improved behavour leads to improved performance. 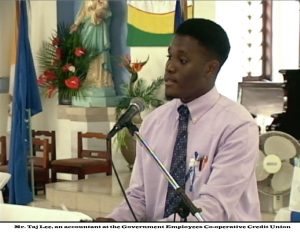