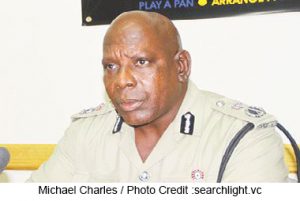 Charles goes on pre-retirement leave after 35 years in the Police Force.