Three male residents of Union Island are now in custody, assisting the Police with their investigation into the death of Allington Caine, a 29-year-old security guard, originally of Byera. According to the Police, preliminary reports claim that Caine, who also resided at Union Island, was involved in an altercation with the men at Stick Bar,… Continue Reading →

The body of a woman discovered at the King’s Hill Forest Reserve yesterday, has been identified as Ketisha Bess of Great House. Police say the 18-year-old’s lifeless body was discovered by forest rangers in a close fitting black short dress and with a silver chain on her left ankle. She had severe trauma injuries to… Continue Reading →

Police are continuing their investigations into the deaths of 26-year-old Glenroy Delpesche, of Petit Bordel, and 49-year-old Brian Baptiste of Sandy Bay. The police confirmed the bodies of both men were retrieved from the waters of Trois Loups last week Thursday, June 25th Postmortem examinations conducted on Monday on the bodies concluded that both men… Continue Reading →

Three people are reported dead, after the vehicle in which they were traveling, drove over a cliff in the Troumaca area last night. NBC News understands that the three persons; Denzil Johnson, George Johnson and Icena Johnson all of Spring Village were returning to Spring Village from a funeral in Chateaubelair, when the accident took… Continue Reading → 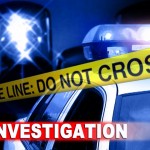 Two persons are in custody assisting the Police with investigations into the shooting death of Orantel Clarke, a 23-year-old labourer, of Langley Park. Clarke received a gunshot wound to the right side of his abdomen on May 25th, at approximately 12:44 a.m., on a dirt track at Langley Park. He died on the spot. Police… Continue Reading → 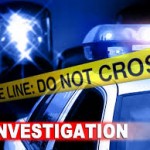 Police are investigating the death of Lennox Browne, a 45-year-old painter, who died in an accident yesterday afternoon. According to the Police, reports indicate that Browne, a resident of Belvedere who originated from Georgetown, was riding a peddle cycle along the route to the Brighton Salt Pond beach when he ran off the road and… Continue Reading →

A young woman of South Rivers has become this country’s latest road fatality. Police say 28-year-old Port Clerk, Keisha Henson died at the scene of a vehicular accident which occurred in Mount Grenan this morning. According to the Police, Henson was a passenger in the jeep P184, driven by 46-year-old Businessman Philmon Rodney. Police say… Continue Reading →