This year’s St Vincent and the Grenadines Community College Men’s Singles Table Tennis Championship will be held from next Monday to 4th February at the Student Union Building on the campus of the College, with play between 11.30 a. m and 5.00 p. m each day. Sixteen players will compete in four Groups. COVID-19 Indoor… Continue Reading → 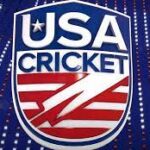 The St Vincent and the Grenadines Cycling Union will open its 2022 Cycling Programme this weekend with a BMX and Mountain Bike Event at the de-commissioned E. T. Joshua Airport on Saturday, and a Juniors, Elite and Masters Road Race from Bridgetown to Argyle on Sunday. Registration for the Events will be at Sailor’s Cycle… Continue Reading → 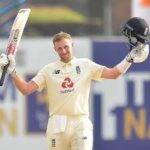 England captain, Joe Root has been named men’s Test Cricketer of the Year by the International Cricket Council (ICC). Despite a difficult year for his team, Root hit 1,708 runs in 2021, the third most in a calendar year in Tests. He scored two double centuries and a further four hundreds, including three in successive… Continue Reading → 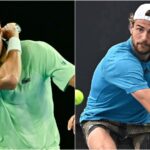 Russian, Daniil Medvedev demonstrated again why he is the man to beat at the Australian Open with a battling win over American, Maxime Cressy in the Melbourne heat today.  Second seed, Medvedev reached the quarter-finals with a 6-2, 7-6 (7-4), 6-7 (4-7), 7-5 victory over Cressy. Medvedev was frustrated by 24-year-old Cressy’s resistance, needing his… Continue Reading → 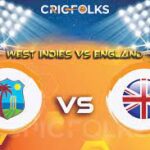 England dominated most of yesterday’s 2nd Twenty/20 International against the West Indies at Kensington Oval, Bridgetown, Barbados to win by 1 run after some astonishing late hitting by left-arm, leg-spinner, Akeal Hosein (44 not out) and fast bowler, Romario Shepherd (44 not out). They put on 72 runs unbeaten off 29 balls for the 9th… Continue Reading → 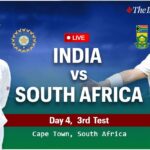 South Africa defeated India by 4 runs in the 3rd and final One Day International (ODI) at Cape Town, South Africa yesterday for a clean sweep of the series. Despite a late collapse in which South Africa lost seven wickets for 73 runs, Quinton de Kock scored a chanceless 124 off 130 balls with 12… Continue Reading →