A Commemorative Magazine was launched here on September 15th by the Ministry of Health, in collaboration with the Senior Citizens Biabou Health and Fitness Group.

The group, which is celebrating its 6th anniversary, was established as part of the ongoing effort to reduce the incidence of Non-Communicable Diseases here.
Addressing the launch, Parliamentary Representative for South Windward, Minister of Social Development, Frederick Stephenson, said the Fitness Group may be responsible for the fact that not many elderly persons in Biabou need Home Help.

The launch was held as part of the commemoration of Caribbean Wellness Day, which was observed on September 12th, under the theme Improving the quality of life of the region’s aging population.

The Biabou Fitness Group, is an initiative of the Health Promotion Unit in the Ministry of Health, and is composed of senior citizens from Biabou and surrounding areas.

The Commemorative Magazine depicts highlights of the group’s six years of existence.

Meanwhile, the Biabou Senior Citizens fitness group has made a donation to the people of Dominica. Representative of the group, Marie Regisford, during the launch, handed over an undisclosed cash donation to Bernard “BT” Marksman, Director General of the local branch of the Red Cross.

Marksman extended gratitude to the group on behalf of the Red Cross and the people of Dominica. 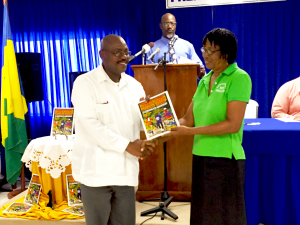 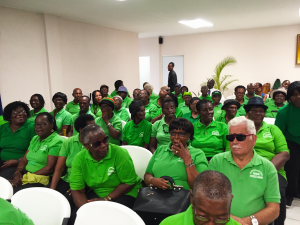 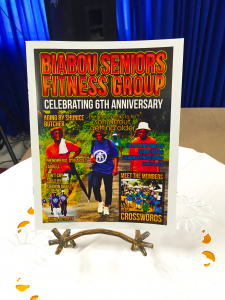