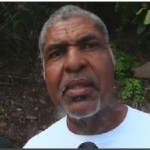 The Housing Minister made The statement while contributing to debate on the 2015 National Budget in Parliament. Minister Daniel said the Department has played an integral role in assisting the Government with regularizing the issue of squatter settlement. He said to date a total of three thousand seven hundred and sixty five parcels of land… Continue Reading →