A number of persons were returned unopposed, when elections were held yesterday, to fill positions on the National Executive of the opposition New Democratic Party, NDP.

The elections were held during the closed session of the party’s 37th Annual Convention, held the Party’s Headquarters at Murray’s Road.

A release from the Party says Party President Arnhim Eustace, along with Vice-Presidents Godwin Friday and St. Clair Leacock, as well as Treasurer Bernard Mills and Deputy General Secretary Doris McIntosh were all returned unopposed.

The position of PRO was relinquished by Ernesto Cooke, who decided not to seek re-election.   Vynette Frederick, who previously held the post from 2006 to 2012 was nominated and elected unopposed.

The contest for the position for Chairman of the Party resulted in a tie of 135 votes each, for incumbent Linton Lewis and challenger Daniel Cummings.   Mr. Cummings settled the deadlock by conceding the position. 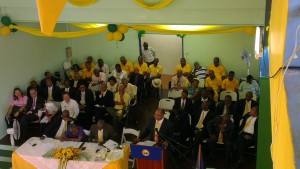 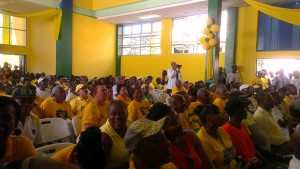